Teacher Anne is sharing the idea of cyberbullying with her students.

Collect evidence and report those behaviors to the social media platforms, or block the person who is bullying you

1. What can be counted as cyberbullying?

(A) Ally downloaded a photo of her favorite singer.

(B) Judy posted a photo and wrote “We are going to get married.”

2. Which is the following can be counted as a “rumor”?

(A) A teacher said that we would have a test tomorrow.

(B) Sally had a fever, so she didn’t come to school. Ally said that it was because she was pregnant.

(C) The weather report said that we might have some rain today.

3. What can we learn from the article above?

(A) Say nothing even if you feel sad about the comments on you on the internet.

(B) We can do anything and say anything on the Net.

(C) If you are being bullied, you can talk to someone you trust, and ask him/her what you can do. 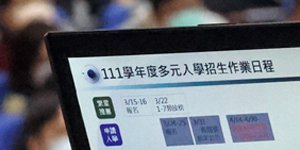